*IT IS BEST TO REGISTER FOR THE CLASS AT LEAST 60 DAYS PRIOR TO THE START DATE TO ENSURE THAT YOU HAVE A SEAT IN THE CLASS THAT WORKS BEST FOR YOU.

ESI offers a PSD Protective Operations Course that parallels our world-renowned Executive Protection Program designed for corporate and personal protection. The PSD program can be taken as a full-time 21-Day Residency.

Prerequisites for this program are:

We review training and experience on an individual basis.

The program goes beyond minimum standards to meet the changing tactics of Jihadis who attack convoys, protection details, and their principals daily. Defensive procedures must adapt to the ever-changing tactics of a determined and intelligent enemy. ESI’s PSD Protective Operations Course is taught by staff that are competent, and also profoundly rooted in the operational side of high threat arenas.

Pete Dordal: a 1984 ESI Graduate and former Marine Scout Sniper Instructor, is the principal advisor and consultant to ESI on PSD Protective Operations Program. Pete Dordal is Senior Vice-President of Garda World, the Consulting and Investigation / Global Risks Group of Garda World Security Corporation, one of the most trusted consulting, investigation, and security firms in the world. Pete Dordal is the Managing Director of International Security Operations and he is responsible for the delivery of security services to a variety of government and commercial clients in Iraq, Afghanistan, and the Middle East.

Glen Boodry is a 1992 graduate of ESI and has over 30 years of combined military, law enforcement, and federal antiterrorism and counterterrorism experience. Glen has spent many years as a Team Leader and training supervisor for the US Department of State’s Antiterrorism Assistance (ATA) Program – Mobile Antiterrorism Training Team (MATT-T).

The course covers the following:

The course begins with an overview of the requirements, duties, and responsibilities of a Protection Agent in High-Risk environments, including a summary of State Department Protocols for (PSD). From the understanding of the operational procedures of enemy tactics, the principles of protection simultaneously evolve and remain constant. Universal protective principles of Cover and Evacuate, Advances, Threat Assessment, and Surveillance Detection are taught as constants, but adapting to the tactics of terrorists and the changing needs of the principal.

Students learn the importance of route selection, accurate intelligence, and analysis. Emphasis is placed is on methods and strategies to prevent attacks on the Principal or the Team. However, the student becomes proficient in the skills necessary to defend against organized assaults, Attacks on Principal (AOP) Drills, Cover and Evacuation and apply AOP Drills in simulated urban ranges.

This component of the training addresses the art of conducting Protective Advances for single-agent and multi-agent details. Pre-Departure Preparations, Site Surveys, Reports, and Presentations are discussed and demonstrated. Students perform Advances in a live urban environment, and learn how the entire protective mission relies on the thoroughness of the Advance, accurate intelligence, and proactive measures.

Beginning with the Principles of Protection, the course covers a wide range of activities and operational skills required on a Protection Detail. Students learn via lecture and discussion, then reinforced learning via a series of practical exercises. 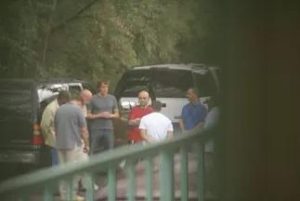 Technological advances have broadened the Protective Agents’ capability to effectively use the Internet, Google Earth, and social networks in support of a protective mission. Students will also learn the importance of physical verification of the information derived from all sources. Instruction is provided in a format that allows the student to obtain a basic understanding of the critical role of surveillance detection in a hostile environment, and how to manage a covert counter surveillance operation.

The Role of Intelligence in PSD Operations is the critical block of ESI’s Teaching Philosophy. It is based on a weeklong realistic scenario called the Red Orchestra. Students begin by a careful study of Al Qaeda’s training manual: “The Management of Savagery”, which is Al Qaeda’s playbook for a military/political strategy of conquest to re-establish a worldwide Islamic Caliphate. The early stage of this strategy is focused on achieving the social, economic, and political state of Chaos. Students are assigned two countries, one Islamic and the other non-Islamic for country-specific intelligence Threat Assessment and Management Plan for the purpose of understanding the common elements in their security threat assessments. While gaining some understanding of the effects of a religiously motivated and a secular criminal gang destabilizing a state, students will learn the dramatic impact of information leakage on a PSD team’s personal security.

Surveillance activities are the foundation of a terrorist or organized criminal attack. Having the ability to detect and validate suspected hostile surveillance during the planning phases of an impending terrorist or criminal attack makes it possible for the protective security detail (PSD) to deter and potentially prevent an attack.

The purpose of the Red Orchestra is to expand upon the preceding Surveillance Detection and Countermeasures class by subjecting the student to actual hostile surveillance and attempts to solicit and collect intelligence information. This exercise allows the student to apply the classroom instruction received to a real-world setting applicable to PSD operations.

Upon completion of the exercise, students will be able to: 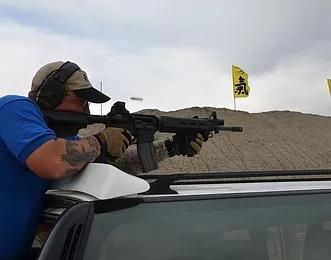 The Basic Carbine & Handgun course begins with an active inventory of shooting skills necessary to qualify with a carbine and handgun. The student must be a Level 1 graduate of ESI EP Shooting Course, recent Military or current Law Enforcement service.

The skill base will achieve the following:

At the end of the Basic course, there is a Staff evaluation of student’s basic gun safety and weapon handling for primary and secondary tactics. The student must pass the Staff personal evaluation to qualify to enter the Tactical course. If the student fails to pass the minimum shooting qualifications and staff evaluation, he will not be awarded a Certificate of Completion. The student will have the option of returning for remedial training or terminate the program.

The Tactical Carbine and Handgun course builds on the basics and quickly moves on to higher skill sets. This course stresses the critical importance of immediate and aggressive reactions to assaults or ambushes. Teams perform Immediate Action Drills (IAD) repeatedly until a coherent response of each team member can be predicted in actual convoy ambushes or protective formations. Once the student is able to demonstrate safe and accurate carbine fire in the basic building blocks of the Course of Fire, the student will advance towards tactical maneuvers in Vehicle Convoys, Assaults on Formations, and Assault of Principle, Multiple Threat Response and tactical awareness skills. The IAD drills focus on reaction to 360 degrees of assault, shooting positions, clearing of the weapon stoppages, re-engagement, accuracy under stress, and movement.

*Students without recent military or law enforcement experience (within the last five years) will be required to complete ESI’s 28-Day Executive Protection Program with an 80% or better in order to participate in the PSD Program. 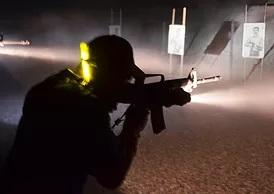 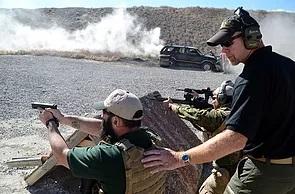 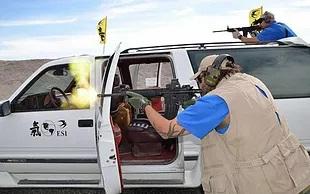 This final block of instruction is a simulated terrorist assault on a convoy with pyro-techniques. Student teams are expected to respond to the assault and protect assets. The course will stress firing from moving vehicle, target engagement, and response to convoy ambush.

Students are evaluated in each skill area taught, using a variety of techniques, including practical application exercises and written examinations.

If a student enrolls in the Residency format, the course is completed in a three-week period. The student is awarded the Certificate at the time of completion. It is possible to break the three-week curriculum into smaller modules and the student accumulates credit as the modules are completed. 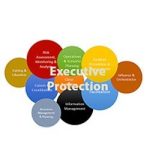 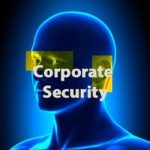 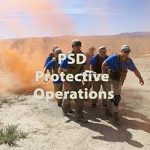 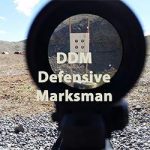 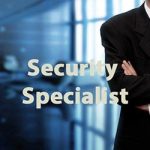 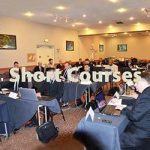 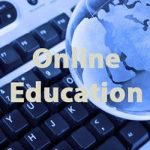 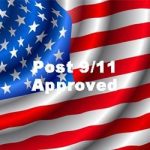 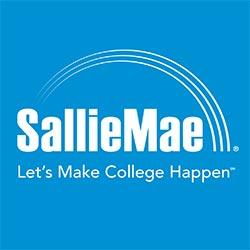